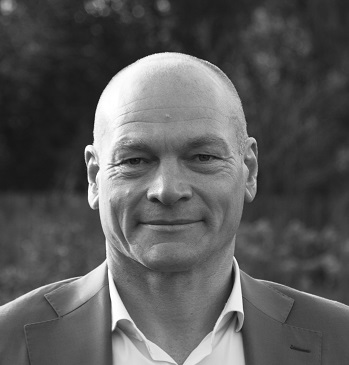 I want to talk about brainstorm meetings…

Think about which of these two scenarios is more familiar in your organisation:

Scenario 1) The energy in the room feels heavy and there are endless back-and-forth arguments and long repetitive discussions. Several participants keep very quiet, with one or two members constantly hogging the stage, speaking in loud voices and imposing their perspectives on others. Time is spent predominantly going over the past and reviewing past events. Perhaps there’s even blaming and self-promotion underlying the dialogue.

Scenario 2) The team meeting was positive and fruitful, and everybody got more and more excited building on each other’s ideas and comments. The energy really flowed and everyone was generating creative and inspiring ideas. The generative dialogue might have started off with an issue or challenge, yet once the facts were clearly stated, everyone in the room got into ‘solution-modus’ with openness, curiosity and an eagerness to move forward and tackle the issue in a sustainable way.

We might not immediately see it on the faces of the participants (although if we look closely we probably will!) but their inner feelings, once exposed, will show you how impactful both settings are for the people involved as well as the tangible outcomes.

We often find ourselves sitting within scene 1, but most of us dream of attending or holding meetings like scenario 2!

What makes us fall into ineffective scenario 1?

It’s the insecurity, our fears and our doubts that play the most important role into pushing us into the habits of Scenario 2. And the main problem is that we are rarely conscious to these factors.

Deep down, in our inner processes the following might be unconsciously happening:

We called a meeting to address something that wasn’t right, perhaps an issue or project that ended in a different result than originally planned. Calling a meeting in this situation immediately creates a feeling of anxiety, especially when followed with an agenda that asks questions like: What went wrong? Who was it? Who did not follow up on the agreed task earlier?

Let’s look closely at these questions: they all have in common that there is an energy of blame, even a feeling of ‘cover my ass’! They also all refer to the past only. These are indications of ego at play: something didn’t go as planned and the ego of each individual involved is activated to protect our identity. In other words, everyone is feeling: “Let’s make sure this one is not put on my shoulders”!

When everyone involved has their defensive ego activated, we are more likely to only look at the past and we’ll start to exchange opinions and judgements based on our own individual perspectives. Low levels of active listening, raising voices, and a sense that every person in the room wants to be right. Fundamentally, everyone just wants to survive this meeting!

Now we’re conscious of the negative energy being brought to such meetings, what can we do to turn the energy around and create a positive outcome? How can we shift from launching opinions and judgements triggered by an activated ego towards creating a joint field of opportunity in which we can tap into the wisdom of the collective?

Here’s how to shift to the effective scenario 2:

As leaders, the role we play in turning meetings around and making them positive is absolutely vital, and, I believe, distinguishes an effective leader from an ineffective one if the leader is able to become conscious of the negativity within a meeting and initiate a shift to drive a more positive outcome.

Action: Having identified an ineffective scene, the effective leader is now in a position to call a ‘time out’ in the meeting: simply stop everybody from expressing their fear-based opinions and judgements (and vitally – make this move without judging them.)

Now use this moment to state your desire to use the allocated time wisely and to start to tap into the collective knowledge of the participants to find the solution to the issue at hand as fast as possible in order to move on effectively, efficiently and productively.

Reason: By stating this and giving words to this desire that everybody has (ie. the common ground from which to start working) everyone’s individual ego will be brought back into “relax modus”. The fears of being blamed and of not being good enough will vanish, as the focus is deliberately and consciously put towards the solution (near future) rather than the blame (past). This immediately opens up the space for collective wisdom. All those present will put their energy now on bringing in ideas and possibilities to solve the issue. Each person draws on their expertise and throws in their knowledge and experience.

Step 2: Turn it around

Action: The task of the leader is to guarantee this positive flow by making sure that none of the ideas or pieces of knowledge will be judged by others. If they accidentally are, counter it by asking the right open questions to the person doing the judging.

For example one of the team members throws in a remark like: “That will never work, it will be impossible”. The leader would then immediately jump in and ask the following question: “What makes you say that?” It’s a great question because it contains no judgement, it is an open question and will help the group discover the reasons why this person comes to the conclusion that it might not be possible, and what challenges need be considered.

Reason: By ‘hosting’ in this non-judgemental way, the door is now open to find valuable information that could be put into the field of Collective Wisdom to further build on. The person is not cut off. The space is kept safe for this person and everybody else to keep throwing in information and adding useful comments rather than ineffective comments.

This is what I see as the most valuable task of a leader: keeping the space safe and open to find wisdom amongst the people participating, and then come up with the best idea/s to solve the issue under discussion. Using past experiences and built up knowledge to create the near future together.

This is not an easy process to manage as it involves all inner processes of everyone involved. Yet it distinguishes an Ineffective Leader from an Effective Leader.

Tapping into Collective Wisdom is addictive. Once you have experienced it, especially when you as a leader were able to shift to it and created the space to do so, it is a very rewarding feeling that comes with very tangible productive outcomes.

If you would like to learn more about this or have your meetings guided and facilitated towards tapping into Collective Wisdom, please contact us. We would be delighted to have you experience that flow!

Photo by Valeriy Andrushko on Unsplash

How fit are you really? When do you feel energized and full of power. Investigating, exploring and becoming aware on topics of food, movement, sports, muscles, aches and pains, sleep patterns,  stiffness, flexibility, breathing….just to mention a few elements under the dimension of The Physical. Optimization through experimenting is key. How do I feel after a certain meal, a workout, a massage, yoga, a breathing session and what has been the effect on my levels of energy?
Unconscious Judgement – is it killing creativity?
Breaking free from the ‘Spiral of Mind Clutter’
Are you ready to work with us?